I admit that when it comes to the islands of the Saronic Gulf, I have always had a weakness for two of them - Spetses and Hydra - but after last year's visit on the occasion of a press trip with the Estonian state TV channel and the travel documentary "Travel with me", I got to know the island of Poros a little bit better.

Having spent most of the day shooting at Delphi and Arachova, we left the port of Pireaus around 19.30 and arrived at Poros at around 21.00. After a good night's sleep, I woke up at dawn and took the opportunity to have a power-walk before it was time for breakfast. I was indeed pleasantly surprised at what was laid out in front of me. 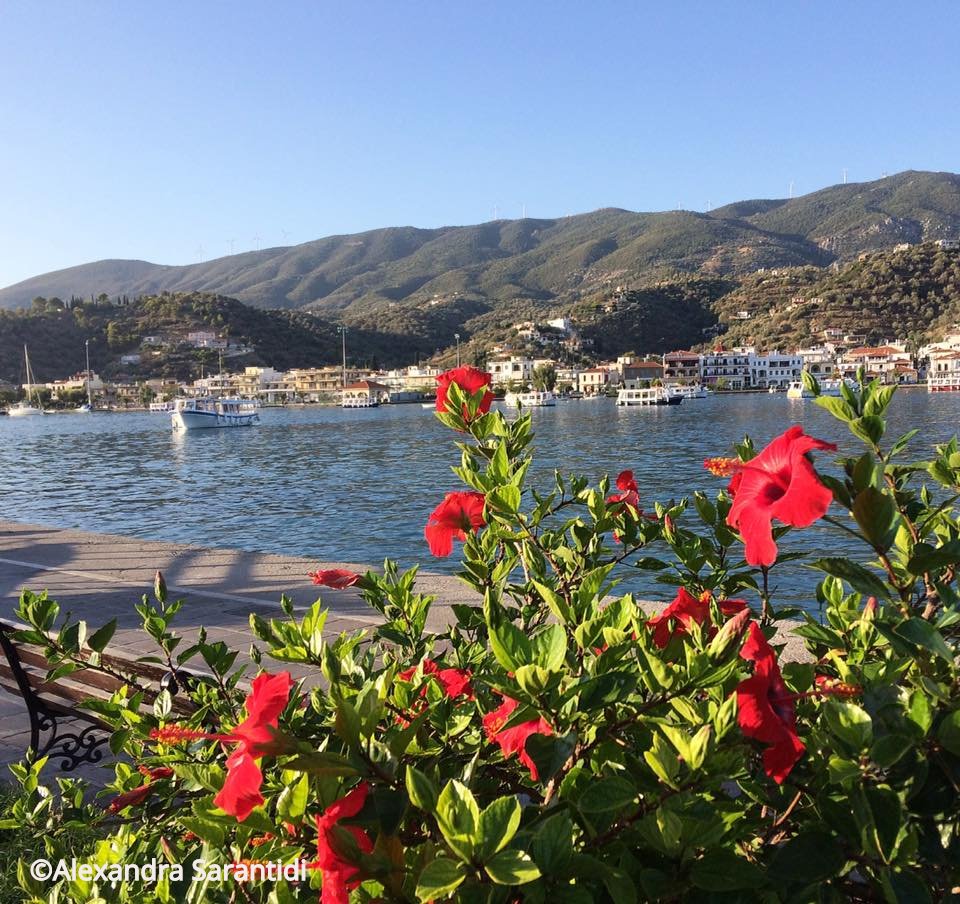 Our team was divided in two hotels. Manfred, the cameraman and I were booked in the hotel near the harbour with a beautiful panoramic view, whereas the rest of the crew were booked in New Aegli Resort Hotel www.newaegli.gr, only about a 5 minute drive away. 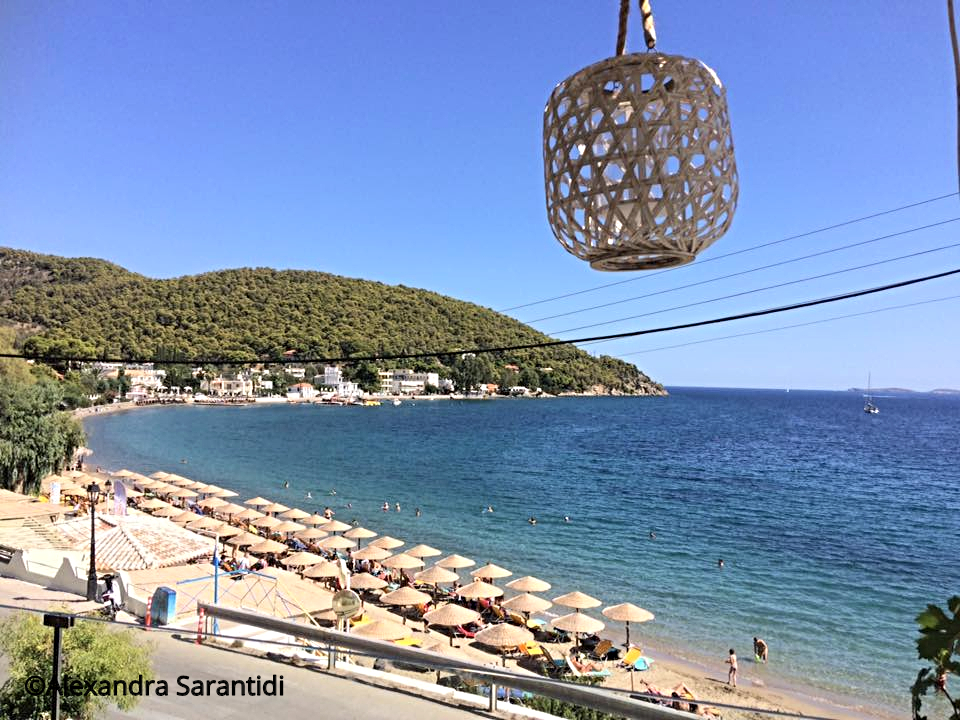 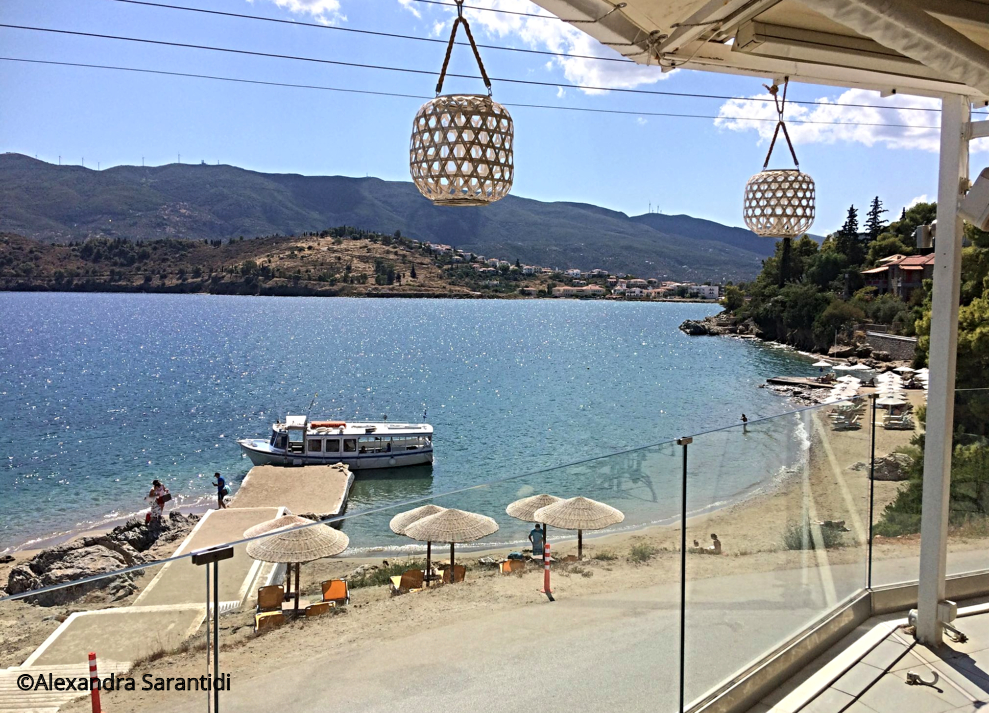 The first shooting spot of the day was scheduled to take place at the Municipality of Poros where the Head of the tourism committee, Ms. Eleni Kanatsidi would be interviewed. She offered quite an insightful introduction to the island of Poros and also her goal of boosting the island's image in the best way possible. 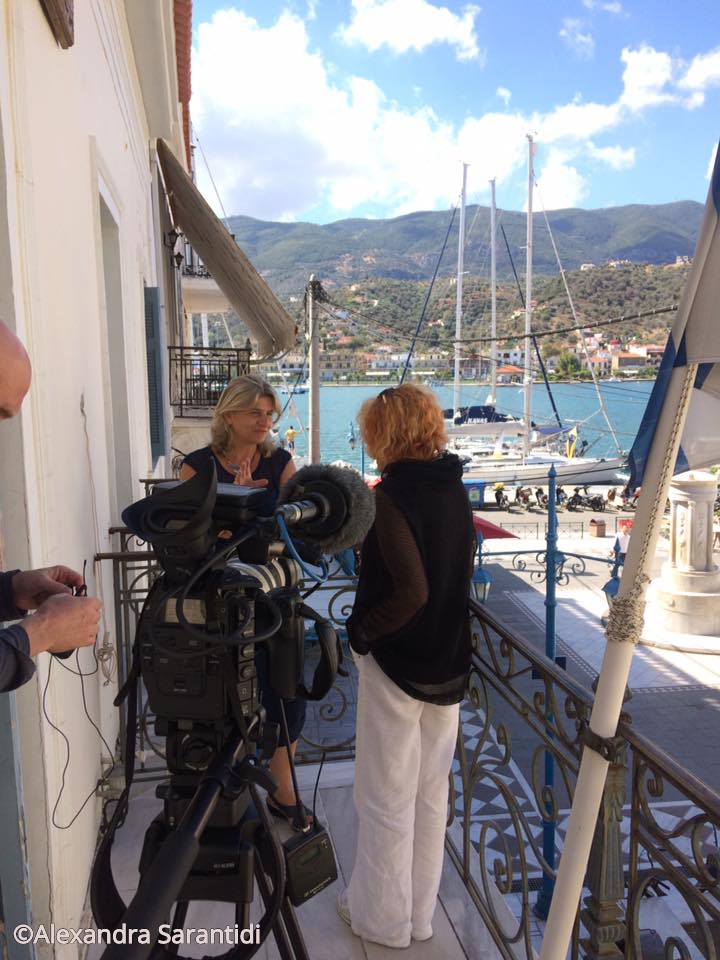 was our next spot for filming, and dare I say the most delicious part of ourvisit...! Daglis is what we would say "a classic value" for Poros when it comes to local delicacies. It has been family-run since 1976 and specialises in the all too well known traditional greek sweet "amygdalota". 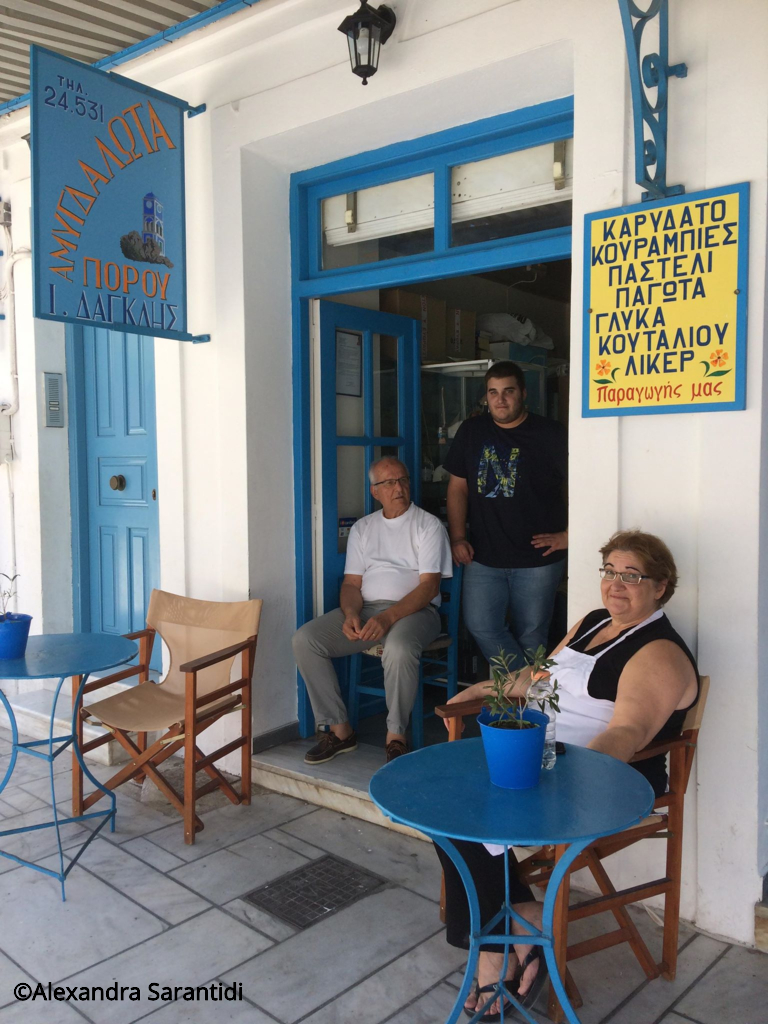 As its name suggests (amygdalo = αμύγδαλο, which means almond in Greek) this traditional sweet, which is similar in consistency to a cookie, is prepared with finely shreaded almonds (in some cases bitter almonds are also used) and sugar, and flavored with scented flower water (usually rose or orange blossom) or an essential oil like tangerine, vanilla or mastic. As a final touch, many are sprinkled over with powdered sugar. One could say it is the Greek version of marzipan, although amygdalota differs both in flavor and texture.

As for the nutritional value...? Let's just say each one is about 116calories! 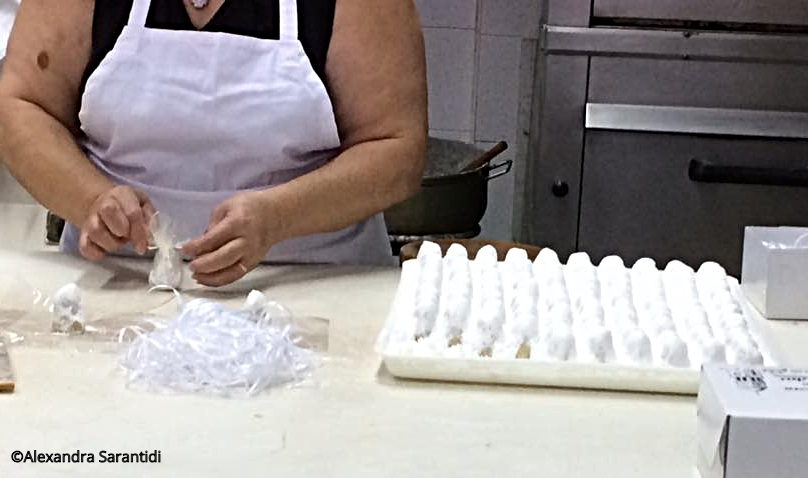 Like many desserts in Greece, there are seemingly endless variations of amygdalota: The exact recipe, which determines their shape, texture and flavor, depends on the region from which they originate. The amygdalota made on the islands are particularly famous, especially those made on the Cycladic islands (Tinos, Mykonos, Sifnos, etc.) as well as on Lesvos, Chios, Hydra, Poros, Spetses and Skyros. 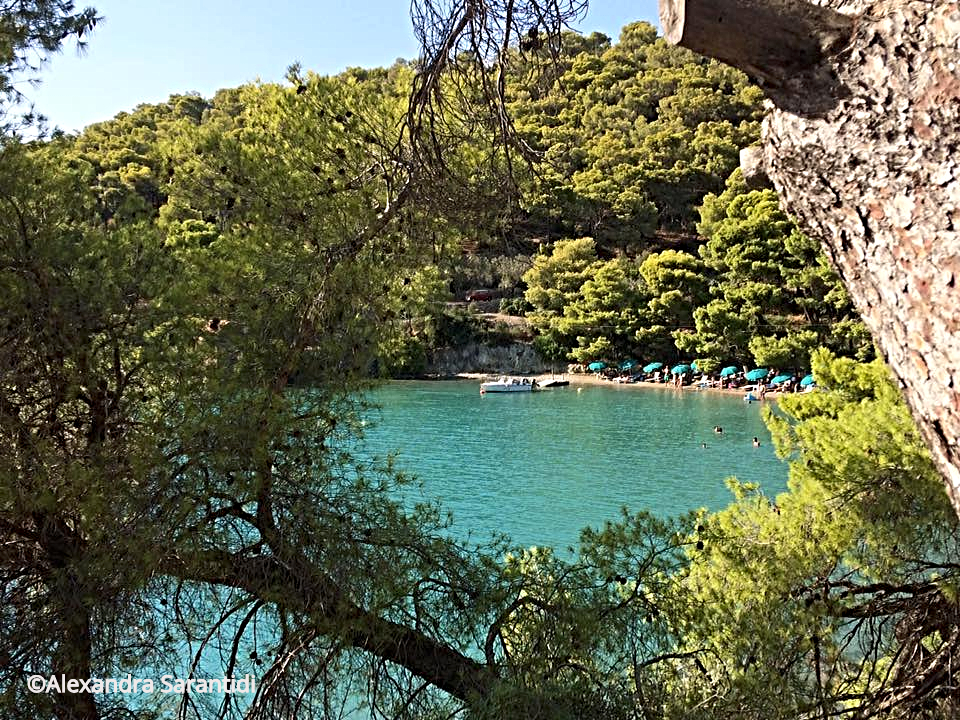 2. The Old Russian Naval Base 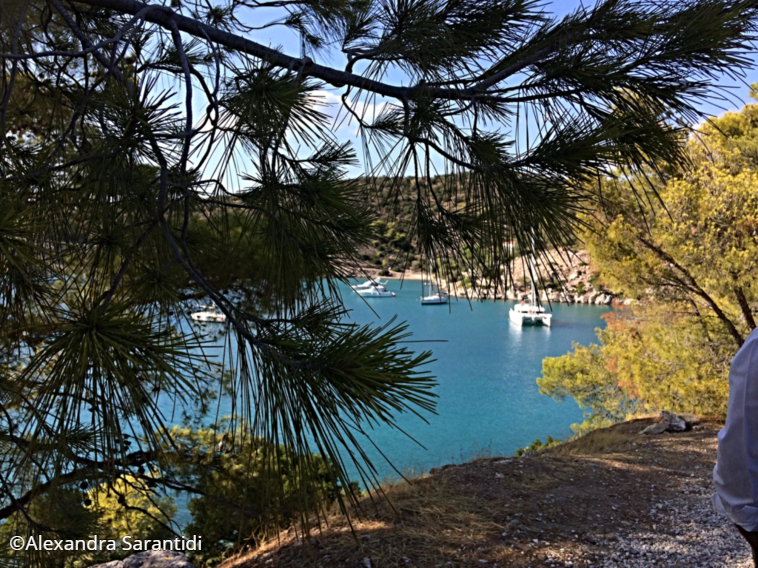 THE MONASTERY OF POROS 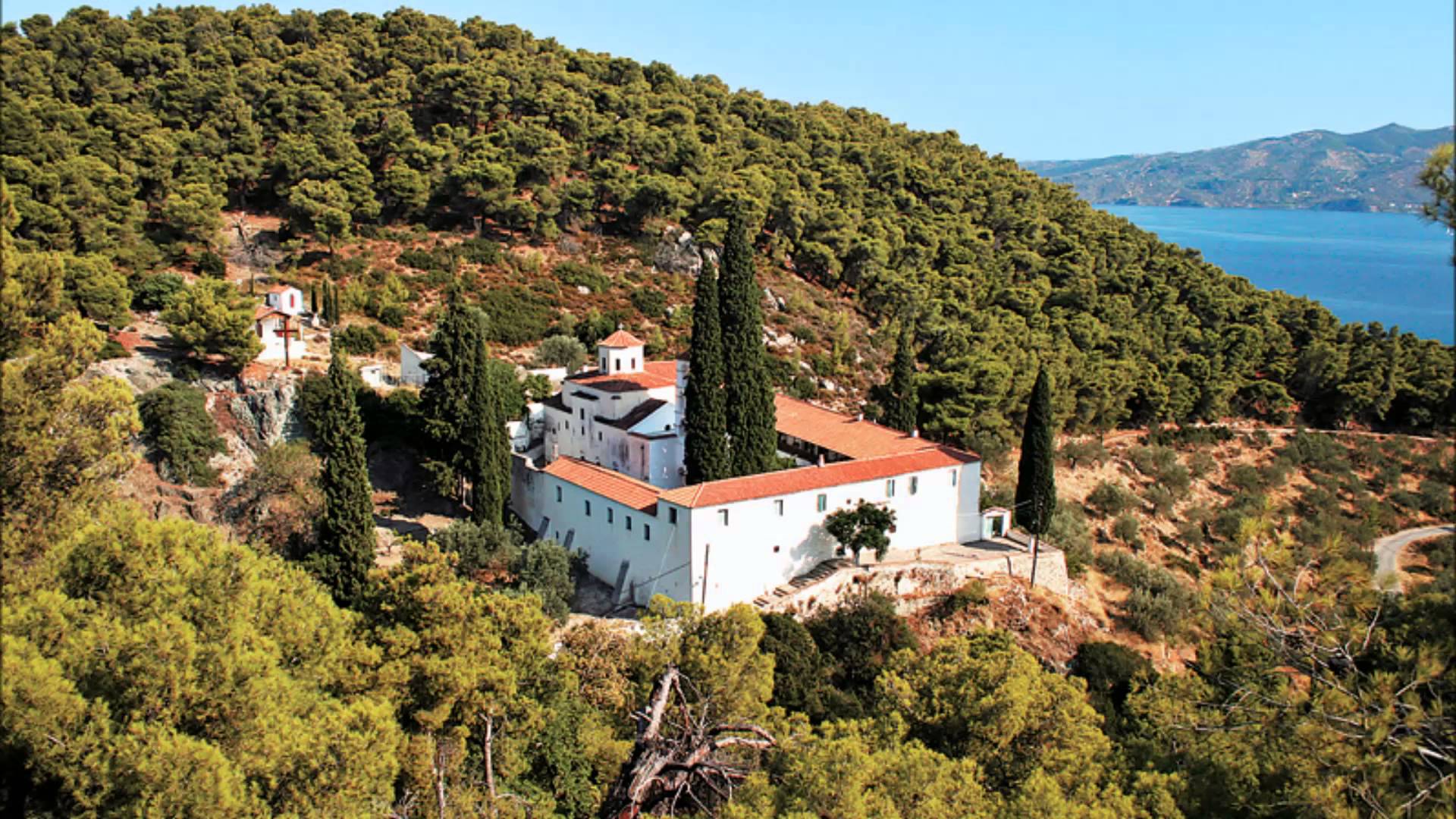 The old historical Holy Monastery of Zoodochos Pigi of Poros is located 4km east of the main city of Poros island and is built on the slope of a pine forest. It was founded in 1720 A.D. by the Archbishop of Athens Iakovos (Jacob) the 2nd, who, suffering from lithiasis, was miraculously cured, after drinking from the holy water springing near the Holy Monastery. 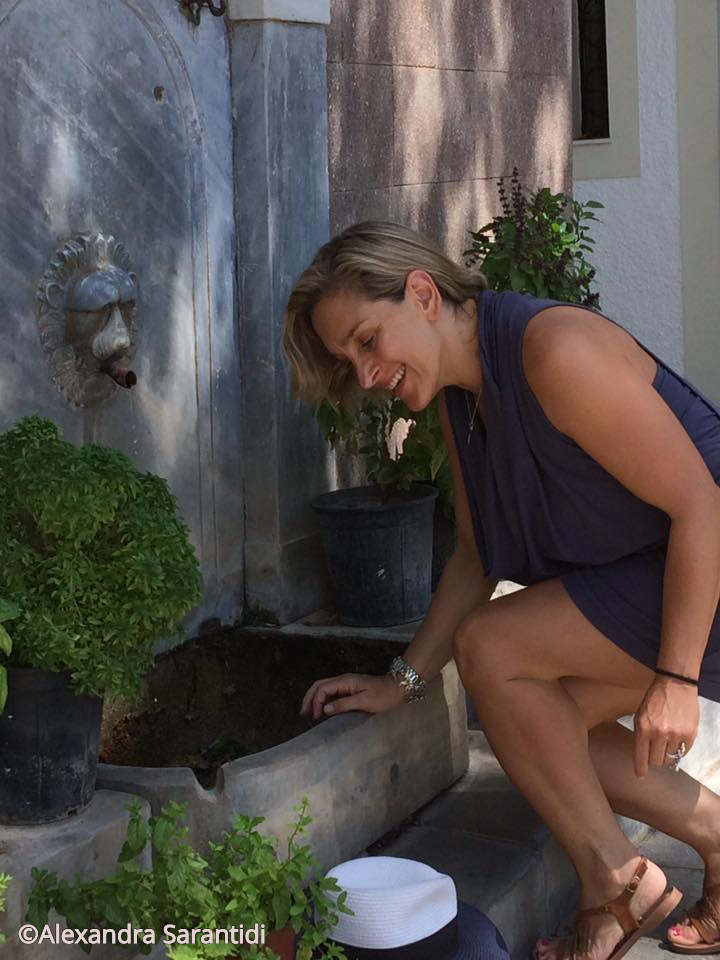 The Monastery's offer (financial, social and spiritual) to the Greek Liberation War in 1821 was exceptionally valuable. The first Governor of the liberated Greece Ioannis Kapodistrias as well as the great warriors in land and sea Miaoulis, Tompazis, Apostolis, Boudouris, Drosinos, got strenght from their beloved monastery, praying in front of the holy icon of the Mother of God of Zoodochos Pigi monastery.

In 1828, in the establishments of the Holy Monastery, Ioannis Kapodistrias founded the first orphanage of the liberated Greek nation for the orphans of the warriors of the war for freedom. 180 orphans were sheltered in the monastery, which took full care of them.

In 1830, the first Eclesiastical School, in the eastern wing of the Monastery, was founded by I. Kapodistrias, with 15 students. The Governor's vision was to provide the new born state with educated clergymen, willing to work for its spiritual support. The Holy Monastery became a source of spiritual comfort for many believers and other religious people. 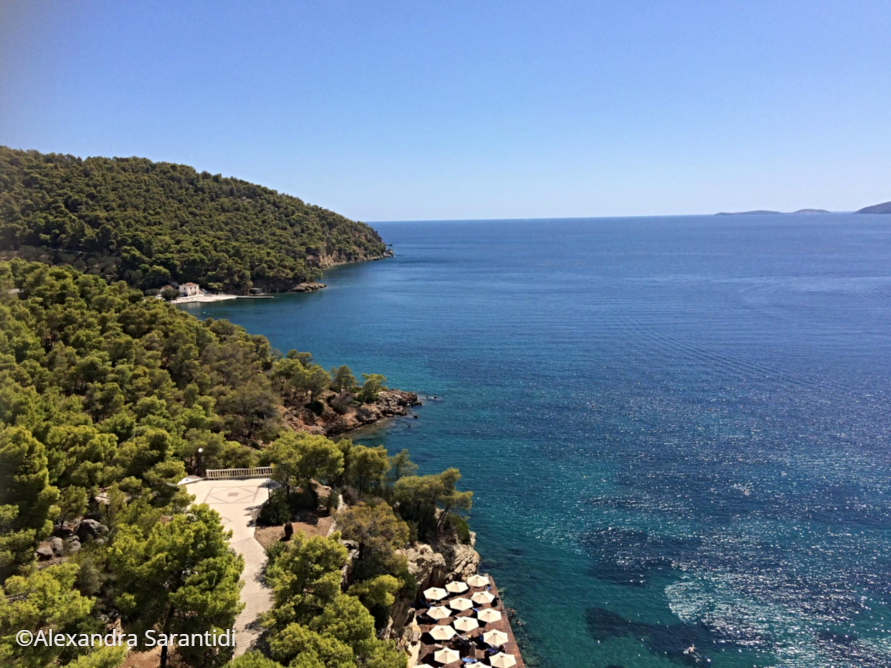 Upon leaving the Monastery, our Guide and driver wonderful Konstantinos wanted to share what he believed would make for a wonderful 360degree panoramic scenery, so he took us to Sirene Blue Resort and Boy, was he right! Above, is just a small taste... and the crystal blue waters  would just extend before us offering the most breathtaking vision.

Poros would definitely be classified as an "outsider" for tourists and Athenians alike... however, after that visit I would certainly incorporate it in an "Athens City Break" excursion at some point.

Oops, you forgot something.

The words you entered did not match the given text. Please try again.

Oops! This site has expired.

If you are the site owner, please renew your premium subscription or contact support.